A portrait of Desmond Tutu smiling with his hand to his head while waiting for breakfast in a Cape Town diner. Desmond Mpilo Tutu (born 7 October 1931) is a South African cleric and activist who rose to worldwide fame during the 1980s as an opponent of apartheid. In 1984, Tutu became the second South African to be awarded the Nobel Peace Prize. Tutu was elected and ordained the first black South African Anglican Archbishop of Cape Town, South Africa, and primate of the Church of the Province of Southern Africa (now the Anglican Church of Southern Africa). Tutu chaired the Truth and Reconciliation Commission and is currently the chairman of The Elders. Tutu is vocal in his defence of human rights and uses his high profile to campaign for the oppressed. Tutu also campaigns to fight AIDS, poverty and racism. He received the Nobel Peace Prize in 1984, the Albert Schweitzer Prize for Humanitarianism, and the Gandhi Peace Prize in 2007. 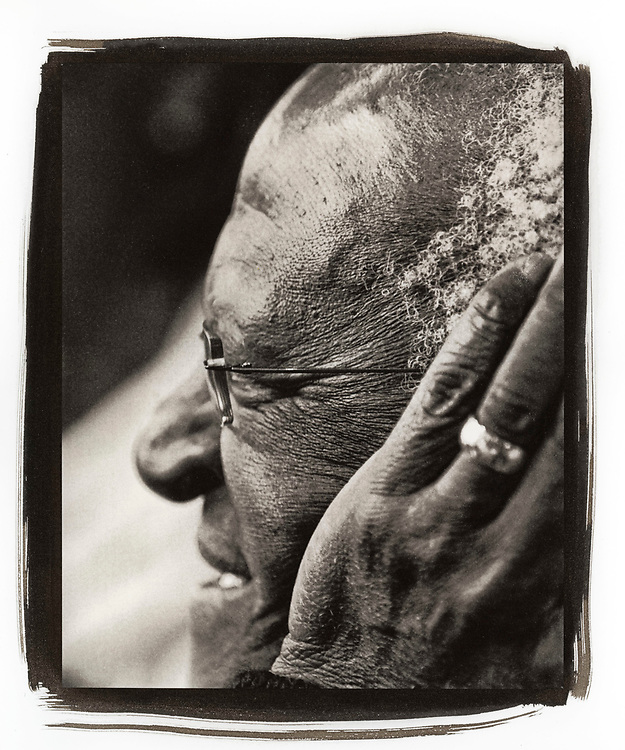